Having trouble with coping up with a kid newly diagnosed with Autistic spectrum disorder? Or is your child or yourself, living with autism? Tired of all the medicines and therapies and still struggling? Here at Jeevaneeyam, we focus on combining most of the needed therapies with herbal Ayurvedic medicines in a holistic approach.  Autism is not a disease treated with a single medicine. It is a lifelong condition to be managed accordingly. Connecting with family and living in harmony with self and others around is the basic need and primary aim of any therapy.

It is quite understandable the parents getting totally desperate when a kid with peculiar character or behaviour suddenly gets diagnosed with ASD.  After an immediate state of panic, they become totally desperate and confused. Despite the huge pile of data available, many areas of Autism still remain unexplored. Only the tip of the iceberg is revealed by researchers.

As we all know, ASD is a neuro-developmental disorder characterized by impairment in social interaction and communication along with restricted and repetitive behaviours (Hodges et al., 2020). The incidence is alarmingly increased as 1 in 160 is estimated to have autism spectrum disorder globally (WHO,2021, Christensen et al., 2019). This points out the relevance of the need of proper guidance, support and education on the same in a scientific way. The situation should be addressed professionally and the intervention should be done as early as possible with most efficacy to expect a good outcome. ASD manifests itself as a disorder which affects the body and mind together. Many physical, psychological and behavioural issues will be present in a single patient. Not a single lab test can confirm the diagnosis but thorough clinical examination along with detailed case history often confirm the diagnosis. Although the signs and symptoms of ASD vary widely, some common findings are there including physical and behavioural issues. 23%-70% of the children affected with ASD presents a wide range of issues related with digestion and absorption. Gastro-intestinal problems like constipation, bloating, vomiting, nausea, gastroesophageal reflexes, chronic abdominal pain, and irritable bowels are common in ASD. Apart from such gastric problems recurring, certain allergies are common physical conditions associated with ASD. Gut dysbiosis, leaky gut syndrome, mesenteric lymph adenopathy, ileocolitis, are also seen linked with ASD.  Many higher mental functions are affected in ASD and as a result, many important processes including sensory processing, sleep patterns, repetitive behaviours, speech and language get impaired. Various studies are carried out to know the cause of this impairment. Many found out that there is an inevitable relationship between the gut and the brain. In ASD, altered gastrointestinal functions and gut microbiota create various endogenous toxins leading to impairment of higher mental functions. So, the primary aim in the management of autism should be the regulation of gastrointestinal functions. 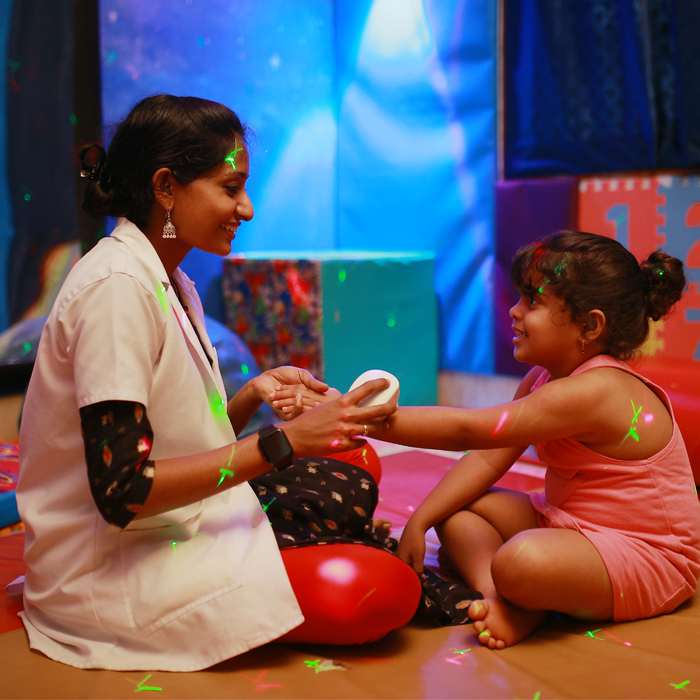