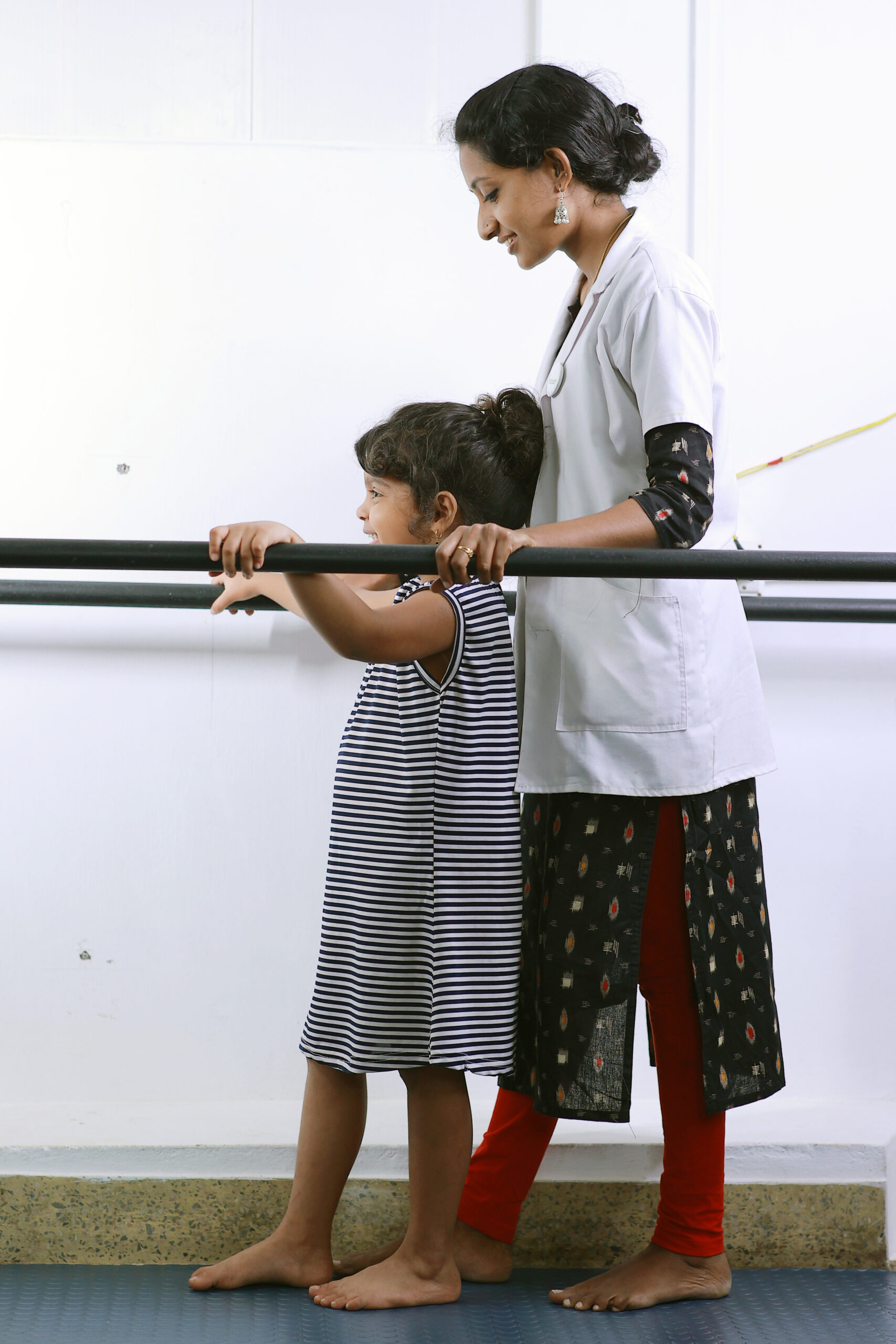 Cerebral palsy, otherwise known as Little’s disease is a common childhood disability disorder with dominated spasticity. True to the core, there is no complete cure for the disease.Cerebral palsy or CP is a congenital disease but is diagnosed probably later. It causes immense disability in children with marked spasticity. It is a case of static encephalopathy that the condition does not advance. The prevalence of cerebral palsy is as remarkable as 1.5 to 2.5 per 1000 live births. CP is a group of signs & symptoms mainly motor and neurological. It is caused by abnormal development of the brain during pregnancy or early life. It can also occur due to damage of the brain, especially due to hypoxia during childbirth. In many cases, the disease is not diagnosed soon after birth. In children with severe disabilities, the initial milestones get delayed and the diagnosis is done in the first or second year of life.

It has been proven in many cases to help the child’s recovery, though partial.The dependency will be less and the child may express his ideas more successfully with proper treatment and training.In such a scenario, a combined effort by a team of physicians, well-trained therapists and parents can help the child to be better in movement, coordination and communication.

In children with minimal damage, it may take a little longer to get diagnosed. At any point, the diagnosis is a turning point in the life of the child and parents. As the new born baby shows delayed or no development at all, the parents get panic and freaked out in most cases. Once the diagnosis is confirmed, there seems a full stop to the child’s life as the progress in growth and development seem stagnant. Over time, the child becomes almost fully dependent on parents or others even for daily routine.

Cerebral palsy can happen due to several reasons before, during or immediately after childbirth. Mainly it happens due to lack of oxygen supply to the brain and the resultant diffuse cortical and scattered focal atrophy. It can also develop as a complication of conditions like periventricular leukomalacia or stroke in utero etc. In any case, motor and neurological functions are compromised. Treatment of CP includes conservative management and symptomatic management mostly.

At Jeevaneeyam, we follow the Kottakal protocol for CP developed by Dr Dinesh KS, Head of the department of Kaumarabhruthya, Kottakal Ayurveda Medical college. It includes symptomatic management and conservative management.

Any of these therapies are applied after proper evaluation and examination. 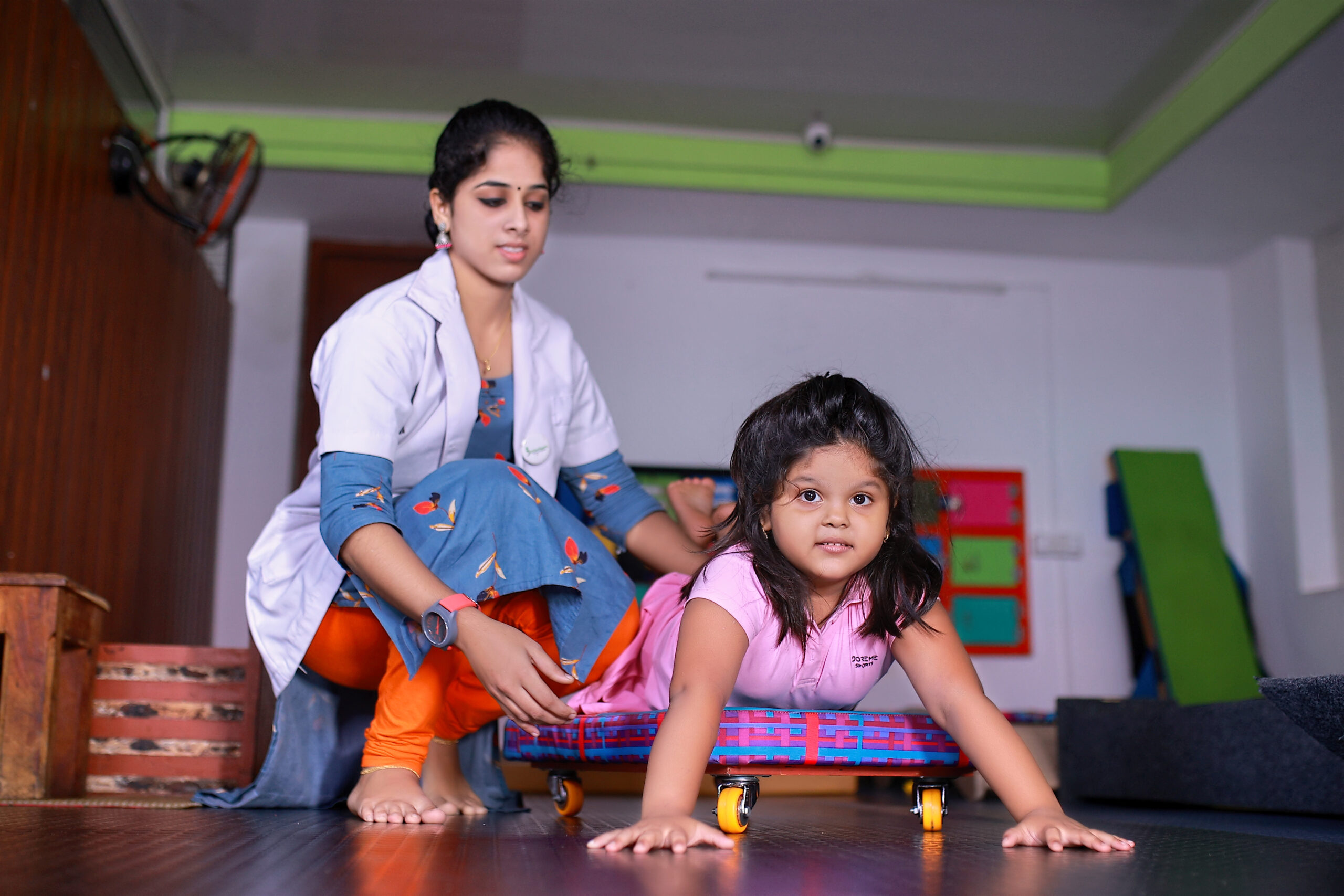 A healthy sperm and ovum are meant to form a healthy baby. Any kind of physical, functional or emotional stress can affect the quality of parental cells which eventually can lead to anomalies in the baby including CP. Maternal and paternal factors contribute to every developmental stage of the child and any minute imbalance in the normalcy can hamper the normal development

This can be understood as idiopathic causes

Power of digestion & proper assimilation is also determined at the time of birth. Nourishment of the foetus starts from the transfer of nutrients from the mother. In later stages, a congenital Agni in the foetus helps in the proper metabolism. This is very important in the development of structure and functions in a proper way. Any impairment in this Agni leads to developmental disorders

As you can see, many of the causative factors are preventable with proper antenatal care. But once the child is diagnosed with CP, it is always important to start the treatment at the earliest. As children are in the growing stage, their body receives food, medicine and treatment in a better pace. 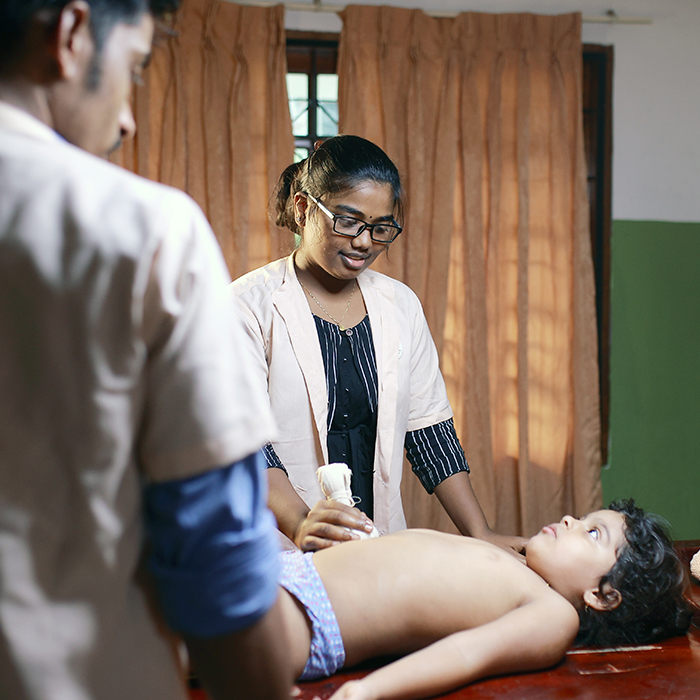 In cases of Cerebral palsy, the most promising approach for moulding neurons is to facilitate the patient with an array of treatment methods that highly contrast in nature so that brain or neurons try to catch up with this range of stimulations rather than getting used to a single type of stimulus. Such highly contrasting treatment may be provided at the level of proprioceptors and other receptors. This can ensure maximum neuronal plasticity in the child. The above-stated protocol targets the activation of rudimentary neurons.

In Ayurveda pharmacotherapy, drugs are explained with having twenty qualities, opposite or contradictory to each other like one drug having hot potency while some other drug may be cold in potency. So, we can easily administer such contrasting therapies. Such contrasting stimuli when applied judiciously, reach the brain through the respective neurons. Alternate treatment of snehana and rukshana is needed to regulate Kapha and Vaata in terms of Ayurveda where it helps establish a permanent and modified circuit within the brain by neuronal plasticity.

FIND OUT MORE
What is the cause of cerebral palsy?

The most common cause of CP is the brain injury or lack of oxygen during child birth or during pregnancy.

No. It is not contagious.

Does CP get worse with age?

Normally CP is a non-progressive disorder. The damage happened to the brain is permanent and can not be reversed in most cases, though.

At what age CP appears?

The pathology of CP starts with or immediately after birth. So, the early signs may be seen in the early months of life, like delayed or missing milestones and motor activities.

How is CP diagnosed?

Proper medical evaluation along with imaging studies like X ray, CT scan, MRI scan or EEG can give the diagnosis along with blood tests and genetic tests if needed.